If you have plans to nab some beads this carnival season, come on down to Galveston Mardi Gras to check out the 111th annual celebration. Do not miss out on the over 3 million beads that will be tossed.

With over 22 parades taking place over the course of two weekends during Galveston Mardi Gras, it can be challenging to choose which parades to attend.  You don’t want to miss out on flashy floats, high-stepping marching bands, and dazzling dancers at these 2022 parades.  Here’s our guide to free, family-friendly parades on Seawall Boulevard.

The first weekend of Mardi Gras hosts two of the largest parades: the Mystic Krewe of Aquarius Parade and the Krewe of Gambrinus Parade.

The parade begins beachfront at 57th and Seawall and travels east to 25th and Seawall.  The Seawall route is 2.5 miles.  The parade then turns north on 25th and continues on 25th for 1.5 miles ending in the paid Mardi Gras Entertainment District.

The Krewe of Gambrinus Parade, also called “King Gambrinus Lights Up the Night Parade” is the largest family-friendly parade.  It takes place on Saturday, February 19, 2022, at 6:00 p.m. This parade follows the same route as the Mystic Krewe of Aquarius Parade.

It is one of the two Galveston Mardi Gras Super Parades, including 14 sparkling themed floats, marching bands, and specialty beads.  Parade participants toss as many as 600,000 beads and trinkets.

The second weekend hosts the Knights of Momus Grand Night Parade.  It is the most spectacular of all Galveston Mardi Gras parades.  It takes place on Saturday, February 26, 2022, at 6:30 p.m. The parade starts at 23rd and Seawall and heads west for 2 blocks, turning north on 25th and continues on 25th for 1.5 miles ending in the paid Mardi Gras Entertainment District.

The Knights of Momus is Galveston’s oldest Krewe and the parade features a magnificent fleet of colorful floats, marching bands from all over the state, dignitaries, and more.

We recommend attending the Galveston Seawall Boulevard parades as they are free, family-friendly, and have plenty of space to wave for beads.  Additionally, you can bring a cooler with your beverage of choice to the parades on Seawall Boulevard and the parade route on 25th Street. Coolers and food are not allowed in the paid Mardi Gras Entertainment District.

Galveston Mardi Gras can draw up to 350,000 people. Because of this, it is important to plan your lodging ahead of time.  All tourists look for comfortable and competitively-priced lodging.  One of the places that offer competitively-priced lodging during Galveston Mardi Gras is Galveston Caszatt Condos. They have three different types of condos for their guests.

Each condo offered by Galveston Caszatt Condos has a unique aspect to it so you can choose whichever you like. It is owned by a family that has 22 years of experience in the hospitality industry. They strive to offer comfortable, competitively priced condos in a casual, coastal-themed environment. 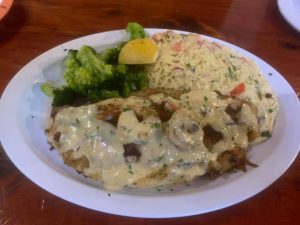 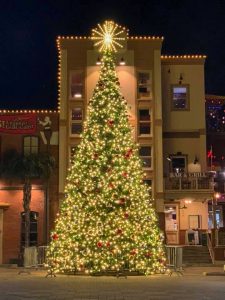 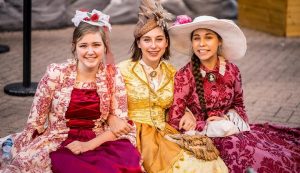 A Christmas Festival On Galveston Island,TX 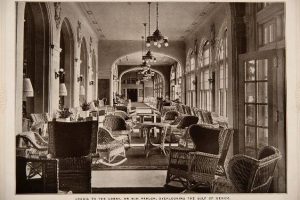 Galveston Caszatt Condos’ mission is to provide an excellent vacation experience in one of our coastal-themed, clean and competitively priced condos on the Galveston Seawall.  Our excellent hospitality and location are shown by our reviews and returning guests.